The Lion, The Witch, & The Wardrobe 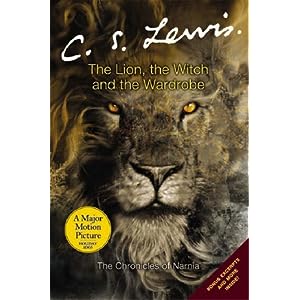 I grew up attending a private, Christian school and I was convinced that I had heard this story, and read it, enough times. I finally picked the book back up and was surprised how much I had forgotten and how many things I never picked up on before.
This is a great book for all ages. For children, the story of Christ is presented in such a way that is easy to relate with and understand. For adults, C.S. Lewis has insights about who God is and how He relates to the world that will open your mind and heart. Using metaphor as a means to describe who God really is has fallen out of use, but it is a tool that can sneak around the most guarded defenses and penetrate souls better than any other.
As I started the series again this time, I realized that the death and resurrection story would start the series. Many fantasy series contain this element, but normally as the climax to the series. Lewis includes it at the beginning. I don’t know why he wrote the series this way, but I suspect it is because it reflects our own lives. The first thing we must learn about is Christ and his death and resurrection and saving power. Then we learn how God moved in the world before Christ, after Christ, and how He is moving now in our own lives. For that reason, even though I’m not done with the series yet, I like how Lewis starts with this story.
One of my favorite quotes is from this book, and it was great to read it in the full context again.
“He’ll be coming and going. One day you’ll see him and another you won’t. He doesn’t like being tied down–and of course he has other countries to attend to. It’s quite all right. He’ll often drop in. Only you mustn’t press him. He’s wild, you know. Not like a tame lion.”
This is well worth reading again if you have not read it recently, no matter your age. It is a short, quick read and won’t take you long at all to finish, but will stay with you long after you are done.