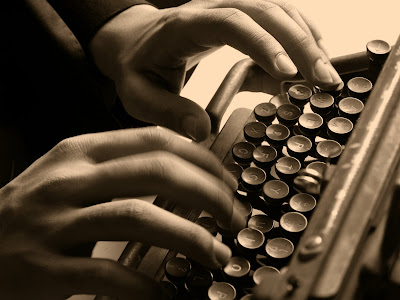 , penned an insightful essay in 1946 entitled “Politics & The English Language”. He skillfully parodies meaningless words and confusing phrases, pushing for writers to simplify. He translates a verse from Ecclesiastes from good english to modern english to demonstrate:

“I am going to translate a passage of good English into modern English of the worst sort. Here is a well-known verse from Ecclesiastes:

I returned and saw under the sun, that the race is not to the swift, nor the battle to the strong, neither yet bread to the wise, nor yet riches to men of understanding, nor yet favour to men of skill; but time and chance happeneth to them all.

Here it is in modern English:

Objective considerations of contemporary phenomena compel the conclusion that success or failure in competitive activities exhibits no tendency to be commensurate with innate capacity, but that a considerable element of the unpredictable must invariably be taken into account.”

It is easy to strip writing of its power with complicated prose, and authors can benefit from asking themselves six questions that Orwell asked of his own writing.


2. What words will express it?


3. What image or idiom will make it clearer?


4. Is this image fresh enough to have an effect?


6. Have I said anything that is avoidably ugly?


Asking these questions are a great start to making your writing simple and easy to read. One great tip that I first learned from Capon is to always edit your writing out loud. This will help insure that you are writing good english rather than modern english.

In the same essay, Orwell gives 6 rules for writers that will also help you while writing.

” . . . One needs rules that one can rely on when instinct fails. I think the following rules will cover most cases:

(i) Never use a metaphor, simile, or other figure of speech which you are used to seeing in print.

(ii) Never us a long word where a short one will do.

(iii) If it is possible to cut a word out, always cut it out.

(iv) Never use the passive where you can use the active.

(v) Never use a foreign phrase, a scientific word, or a jargon word if you can think of an everyday English equivalent.

(vi) Break any of these rules sooner than say anything outright barbarous.

These rules sound elementary, and so they are, but they demand a deep change of attitude in anyone who has grown used to writing in the style now fashionable. One could keep all of them and still write bad English . . .”

Follow Orwell’s advice and ask yourself these six questions while sticking to these six rules, and your writing is guaranteed to improve. My favorite rule of Orwell’s is the fourth, never use the passive where you can use the active. If authors would follow this rule alone, almost every piece of prose would improve dramatically.